Chubby cheeks and a button nose.

I have to say, Brynn’s parents had to have been the absolute nicest people I have ever met in my life. They called me to do a newborn shoot but their daughter was a tad older than I normally do. I can’t turn down the opportunity to meet an adorable baby, though! I found out later that Brynn was actually adopted and I could actually see the happiness beaming from both parents. It was so sweet to see how impactful a child can be on a persons life. I think sometimes we underestimate the magic that a baby brings and I was thankful to be reminded of this today! 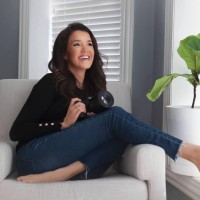 Get in TouchMetro Detroit Photography